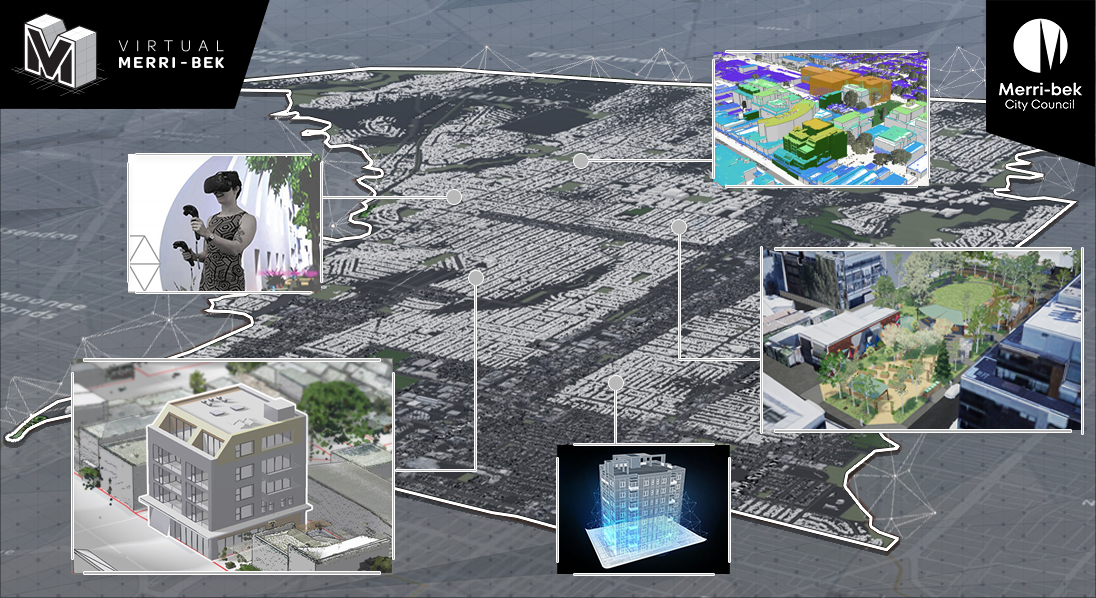 By 2036, Merri-bek's population is expected to increase to 228,807. A key priority in our Council Plan 2017-21 is to enhance Merri-bek's liveability, affordability and sustainability by guiding growth and excellence in urban design and development.

The Virtual Merri-bek project is aimed at achieving this priority, by leveraging 3D GIS, 3D modelling and 3D visualisation in combination with emerging technologies such as virtual and augmented reality.

The goal of the project is to improve our decision-making process, improve design outcomes and improve community understanding of new developments and projects within the municipality.

The project began in December 2017 in partnership with KASA, Lost in the Machine and AAM. Initial funding was provided by the Australian Governments Smart Cities and Suburbs Program.

Virtual Merri-bek remains one of the first of it's kind in Australia, putting Moreland at the forefront of using emerging 3D, VR and AR technologies for planning and consultation purposes.

A 3D digital model is required for all development applications which are 4 storeys or higher within Merri-bek City Council. 3D models are used by Council officers to assess the impacts and opportunities of new developments using our Virtual Merri-bek 3D tools listed above. 3D models may also be made available to view by the public and stakeholders as part of the advertisement process.

The LOD (level of detail) requirement for 3D models depends on the stage of the application:

*A new 3D digital model must be re-submitted if changes are made to the external building design, envelope or any significant projecting structures which may affect the shadow analysis outcome.

Please prepare and submit your 3D model as per the 3D Digital Model Submission Guide: